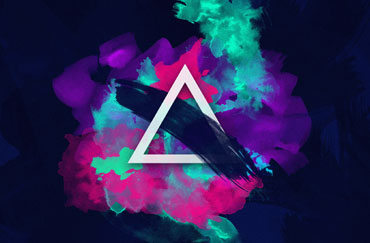 India is Vast country with a vast number of trade unions starting from the famous Taxi union to small and big Labor unions. In short, every trade in India has a Union and every union needs to take important decisions to run a union. Every major decision needs consultation from its members or E-voting to come up with a decision. These bodies form groups who put their voice in one word and put it in front of the government.

Association is of various types:

Unions of Employees created with the aim for the welfare of employees, to protect the interest of its members in an organization for various cultural and recreational reasons. For Example, NRMU (Northern Railway men’s Union) is one of the biggest employee unions across India.

Trade associations are the bodies where members from the same trade form a union to protect their rights and interests of trade, to represent the government in one voice to settle debate and disagreement among groups. E-voting is done among trade unions to form one voice and form strong representation. For Example: ASSOCHAM (ASSOCIATED CHAMBERS OF COMMERCE & INDUSTRY OF INDIA) is one of the biggest trade unions in India.

Professional associations are a form of bodies who come along and create an association to protect and secure the rights of its members. It also helps members to share knowledge, create regulations and standards, setting up guidelines etc.

Social associations are the form of association created for common goals for the welfare of social objectives like NGO like PETA for Animal rights, National Association of Professional Social Workers in India (NAPSWI) etc.

Homeowners, flat buyers, land owners create associations to protect their rights or come to a solution for the benefit of a complete group.

Generally, Associations have a bad track of Voting turnout percentage. Many unions associations don’t even cross 10 percent of voter turn-out. This is due to following reasons:

Lack of transparency in the election process.

Most of these associations are self-regulated and non-answerable to its members about the election process. It happens in association due to Cost, Lack of knowledge or experience for election management, Lack of time, Different interests, the elections management is not of high quality.

Most general complaints by members are shady preparations for the voter list, Lack of communication among members, Error on Vote counting, rigged elections processed by some members who themselves are standing in elections.

How to ensure higher voter turnout and how to create a transparent voting process.

PollBag is a simple fully auditable simple solution to all the problems faced by associations. Online E-voting ensures higher voter turnout at very low cost and it is 100 per secure and transparent. Pollbag provides online voting solution which is best suited for union or association election

Why should choose PollBag for your association election::

On weekends kindly email on care@claim-bridge.com for assistance

Join our subscription to get updates and news from our team.